6 people showed up for last weekend’s Climb the Griffith spring march. I know. 6 people. Actually, 9 showed up at Eagle Rock Brewery and 3 were just there for the beer.

In the end, we walked 12.7 miles. It took us 6 hours and 33 minutes. We walked at an average speed of 1.9 mph, 2.7 mph moving. We gained 2829 feet of elevation, and found 1 geocache. The hike was half in day light, half after night fall. It traversed quite a few peaks and really challenged us!

Some said this event was poorly planned. I wouldn’t say that. I planned a fantastic hike through LA’s central park. But the lack of transportation seemed to spark these claims. I specifically didn’t plan transportation. I took the bus. You can too. Some people carpooled. You are an adult and should learn to move around your city.

All of the marchers had previously done a Death March but two were not current! They both earned 2011 Absentee March points. Welcome back to the ranking!

I hope that this leads to more such hikes. I know I am ready to explore Griffith Park even more now.

Here are some links to pictures:
Jesse’s Pictures

Thanks for the great hike everyone! 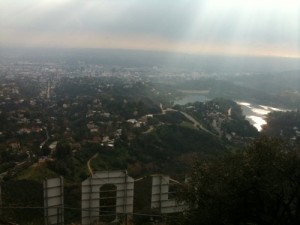 Dust thou posses the perseverance to ramble o’er Griffith in thy City of Angels?

‘Tis a March which shall beginth at Ye Olde Eagle Rock Brewerye. After libations and grog be secured, Our Merry Band shall wind 5 leagues o’er Griffith Parke before descending upon Universal Citye. Gather at yonder Brewerye at 4 hours past noon in ye proper garb.

Inspirations may come from Renn Faire, Harry Potter, Lord of the Rings, or any such fantastical stories of Ruins and Beasts.

This is an Official Death March Supported Event and a Grand Marshal Approved Absentee March. 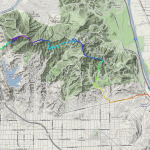