Punishments are things we do to make the Death March more deadly. At some point, many years passed, we realized that this March wasn’t nearly deadly enough. So we decided to try out the following to see if it would kill us. It has not… yet.

For every punishment you successfully perform, you get a title added to you official Death March name.

Personal Punishments
All punishments are born of things that someone tried. So every year, you are encouraged to punish yourself in some way. For this personal punishment, you get to add any title you wish to your name. This is also how you submit punishments to become official punishments. Some have alternately become achievements.

Personal Punishments that have not become official ones include:

In other words, the sky is the limit. 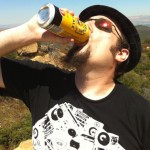 Alcohol Consumption Punishment
Consume alcohol at some point on the march.

Maybe not legal, but definitely bylegal. You get to choose the protectorship of a country for doing this. You can also protect a place in the country that your team captain chooses! 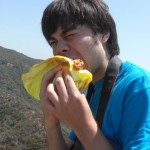 Tommy’s Chili Punishment
Eat some food with Tommy’s chili on it.

This earns you an honorific title, such as Sir, Doctor, Captain, Sama, Lady, Master, etc.

This punishment was removed in 2011 as it was too complicated. Still encouraged as a personal punishment. 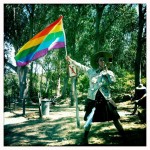 Flagbearing Punishment
Carry a large flag for the duration of the March.

This earns you the title Flagbearer, Bannerman, Bannerwoman, or Bannerperson.


Vegetarianism Punishment
Eat vegetarian chili in lieu of the Tommy’s Chili Punishment and do not eat meat for the whole March.

This earns you membership into the Fraternity of a food animal of their choice. For example, “Fraternity of Sus Scrofa.” 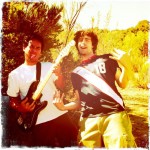 Noisemaking Punishment
Carry and use an instrument, radio, or other noise maker for the whole March.

This earns you the Troubadour, Bard or Herald title. 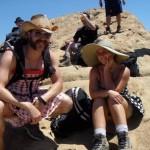 Marching in Drag Punishment
Dress up in clothing traditionally worn by the other gender. Women are also required to sport facial hair.

This earns you a title with the word drag in it.

Marching in Long Sleeves and Pants Punishment
Dress in long sleeves and pants and refrain from rolling them up for the duration of the March.

This earns you the title Longfellow.

Rear Guard
Stick around with the slowest marchers and show them the way.

This earns you the title Rear Guard.

See also: The Difference between Achievements and Punishments