Over the years, various items have been produced for people doing the Death March. Some were free, some were sold at low cost. Here is a gallery of said items. 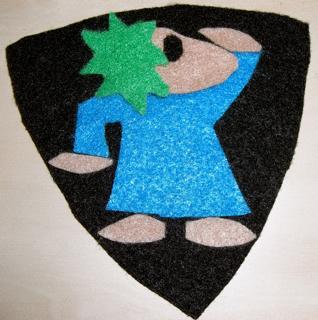 The first item was a patch made by Jeshii and Yayoi. They made patches for a couple of years, but the first ones looked like this. 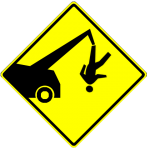 Ride/Media Corps Patches (c. 2009)
These patches were made for the members of the Media and Ride Corps. 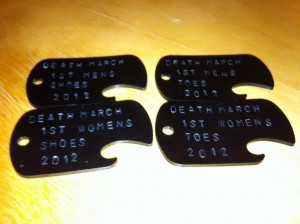 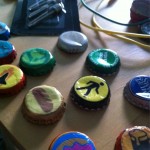 Jeshii whipped up some little bottle cap badges for the achievements in 2012. In 2015, he gave away the remaining stock. 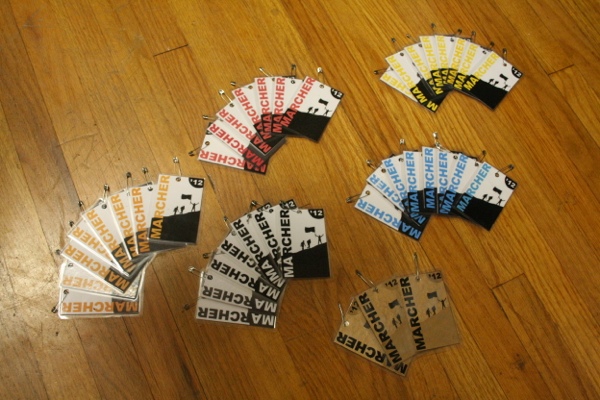