Here are some statistics about the Death March.

Distance:
13-15 miles
There is no agreed official length of the Death March. While the route has been more or less officially determined, various methods of measuring the distance have produced differing values. Also, there are things like visits to the Altar of Freedom or Parker Mesa that can skew the results.

Total Marchers Over the Years: 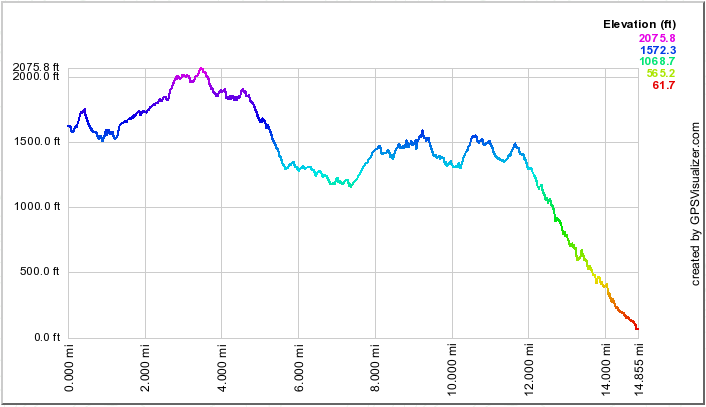 Part of Summer for the Death March: 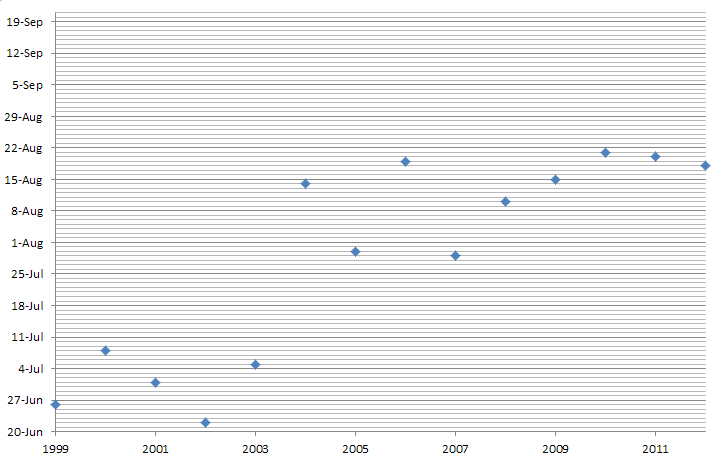 Day of the March:

Fastest March:
performed the fastest March in 2013 with a time of about 4 hours, 17 minutes, including lunch.

Slowest March:
, , and hold the record of being the slowest Marchers to finish the March in 2010. ‘s FiveFingers caused him to travel very slowly. and fashioned makeshift sandals to strap to his FiveFingers. In the end, they finished in about 12 hours.

Youngest Marcher:
‘s 4 year old son attempted the March in 2013. He made it to Trippet Ranch (albeit he was carried up some of the hills…).

The youngest person to ever finish the hike was in 2009 at age 13. This record was broken when Joe finished the hike in 2018 at age 9.

Shortest Failed March:
One person quit after the first hill in 2012.

Largest March:
2012 was likely the single biggest group to at least start the march together.

Most Failed March:
6 people started but did not complete during the 2014 march. This beats 2001 by one person, even though that was the only march where not a single soul made it to the sea!

Least Finishers:
While 2001 didn’t have anyone person finish, 2019 has the lowest non-zero number of people to touch the ocean at 2.