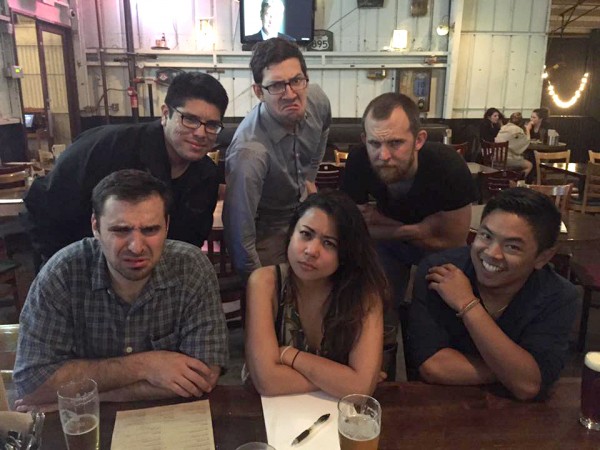 Hello my good Marchers. This is your Grand Marshal, and I would like to take this opportunity to thank all of the officers (and the one bystander) who attended the 2015 Summit at Golden Road Brewery last night. We had a very productive evening. Many bylaws were changed and much beer was drank. So, let’s get down to business… What happened?

Bylaws
The main changes are as follows:

Teams
Much discussion of last year’s by-constitutional crisis ensued. The result is that there is one section of bylaws that say that team members must swear or affirm loyalty to the team in a manner specified by the captain. As a pilot project, we will be asking team captains what their loyalty oath is so that we have a little more evidence in case there is a team dispute.

Karaoke
The Grand Marshal attempted to sing Creep by Radiohead with the Casual Encounters Band.

Musical Instruments
One point about the Grand Marshal no longer bringing a bugle was brought up. The Grand MArshal is sad to announce he has no idea where the bugle went.

Beers
Many untappd friends were made.

Next up! The Spring March!!!