Man, another Death March, come and gone like the dust in the wind.

This year was an interesting year. Why? Things went according to plan and we shrunk.

Yes, this was the first Death March since 2004 that we had less marchers than the previous year. I’m fine with that. In fact, one of the lessons I had this year is that even if things go completely according to plan, it doesn’t mean it will be a spectacular event. In fact, it will probably be pretty similar to how it always is.

Another thread of thought that strikes me this year is that of Tradition. There is definitely something comforting about tradition. The knowledge that despite the millions of ways life has changed over these 15 Death Marches, the Death March marches on. That being said, we had a very interesting make up of marchers. I’m concerned about how few women were on the march. We also had some exuberant first timers. One team was unconnected to any previous marchers and found out about the march from Twitter! And most of the folks from the team that brought us the ABC theme won again and have given us “Papal History” as a theme for next year. Love it. 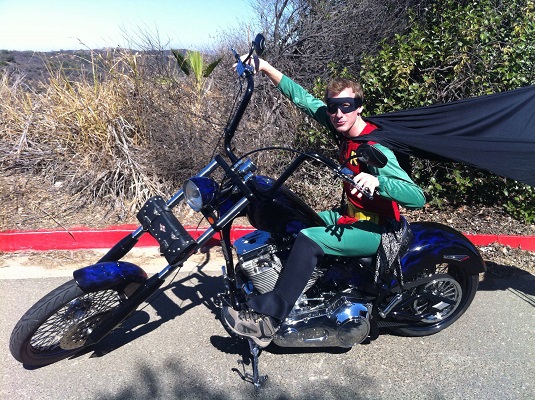 Speaking of the theme, I thought this would be the theme that would turn the whole march to cosplay. So I was a little bit disappointed that one two folks were in full costume. But there were lots of capes and masks and superhero t-shirts, so how sad can I be? This is also entirely typical. Some of us like to dress up, some don’t. I’m okay with that too. 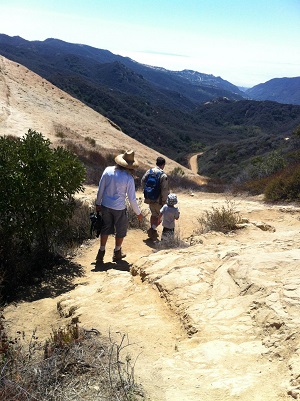 Some more info about this year! We tied hottest Death March ever. This is now a 3 way tie. And boy was it a scorcher. Down by the beach, this gorgeous, creamy marine layer beckoned us on, but by the time anyone arrived at the ocean, it was gone. The sea breeze seemed to lose out to an off shore flow for the majority of the hike. Hydration levels seemed to be pretty stable. People took their time at Musch Camp and refilled their water. It was funny, however, that there was a big sign that said, “No water at Musch Camp” right at the campground. I was dying. I ran out of water at Eagle Rock. But once I realized the water was flowing, I gave myself probably 30 minutes of just solid drinking. This and a refilled hydropack let me finish up without any issue.

I waited too long to write this. All my memories are jumbled. I brought my son this year along with my father. 3 generations on one march. (I should note my mother rocks the Death March nearly every year, and we now have an achievement for bringing your mother!) My son and father only did the first half (getting picked up at Trippet Ranch). One is 4 years old and one is recovering from heart surgery. As the youngest marcher, my 4 year old was also the slowest. This established early on that I would be doing the new Punishment Rear Guard. I must also admit that it will likely be my last as well. Rear Guard, as noble as it may be, is really tough. Towards the end I caught up to the Twitter folks and showed them the way. I caught up to some members of Team USA who were feeling ill. And we finished slowly and together. I’m glad I did it, but it also meant I missed the celebration at the ocean. 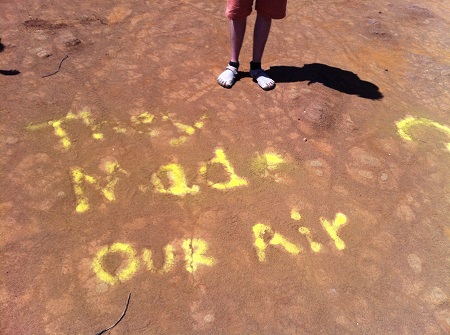 We had some folks going for major achievements this year. One of my favorite memories is coming upon the Stromatolites and everyone stopping to take pictures with them. Tom (I’m guessing, because I thought he had the spray chalk) wrote “they made our air” next to them. Mike started going on about blue green algae and them Bamboo started in about how some were nitrogen fixing. I love this group.

Eagle Rock went well. I was worried about showing up too late, but no one was itching to start the race yet. So there was time to have a beer and a burger and enjoy. And as the race began, someone began playing the Eye of the Tiger!!! Brilliant.

The banquet was good, but as is the trend, we had less people show up. I’m not sure what went wrong. Were people not properly informed? The cake was delicious and fun was had making doughnut burgers.

So in the end, no matter how much the event may shrink or lose its shine, there something enjoyable about it. And if we can survive the pain of the march itself, I imagine we can survive any pain of losing popularity.

We will march on. 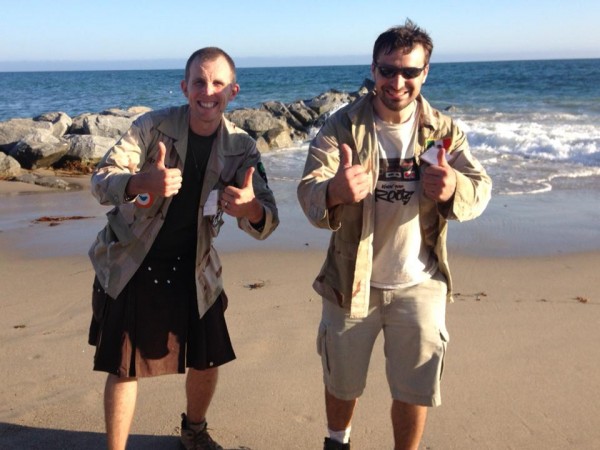